Professor
thomas.defrantz@northwestern.edu
Thomas F. DeFrantz believes in our shared capacity to do better, and to engage our creative spirit for a collective good that is anti-racist, proto-feminist, and queer affirming. 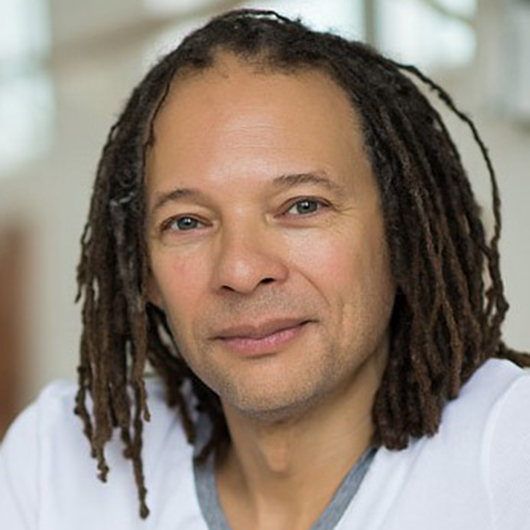 Thomas F. DeFrantz directs SLIPPAGE: Performance|Culture|Technology; the group explores emerging technology in live performance applications. He believes in our shared capacity to do better and engage creative spirit for a collective good that is anti-racist, proto-feminist, and queer affirming.

Convenes the Black Performance Theory working group as well as the Collegium for African Diaspora Dance, a growing consortium of 325 researchers committed to exploring Black dance practices in writing.

Recent teaching: University of the Arts Mobile MFA in Dance; ImPulsTanz; New Waves Institute; faculty at Hampshire College, Stanford, Yale, MIT, NYU, University of Nice. Has chaired Program in Women’s and Gender Studies at MIT; the concentration in Physical Imagination at MIT; the Department of African and African American Studies at Duke; and served as President of the Society of Dance History Scholars.

DeFrantz acted as a consultant for the Smithsonian Museum of African American Life and Culture, contributing concept and a voice-over for a permanent installation on Black Social Dance that opened with the museum in 2016. Visit the website at slippage.org.