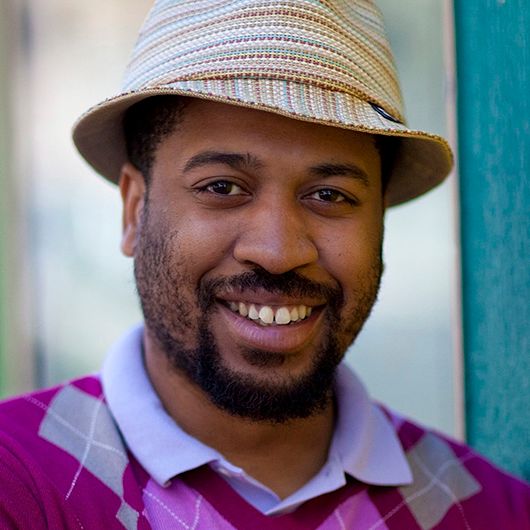 Thomas Bradshaw’s play Burning premiered at The New Group in October, 2011, and his play Mary premiered at The Goodman Theater in February, 2011; it was also presented as a staged reading at The Public Theater and Theater Smash in Toronto. His play The Bereaved was produced by Partial Comfort Productions (NYC) in 2009, as well as the State Theater of Bielefeld (Germany). The Bereaved was named one of the Best Plays of 2009 by Time Out, and was a New York Times Critic’s Pick. His premieres of Southern Promises at Performance Space 122 and Dawn at The Flea Theater were listed in the Best Performances of Stage and Screen for 2008 in The New Yorker. Purity was produced at Performance Space 122, and Strom Thurmond Is Not A Racist and Cleansed were produced on a double bill at The Brick Theatre. Strom was also produced in Los Angeles in 2008. In 2010, Job was presented at The Wilma and produced at Roehampton University in London. Dawn was presented at the National Theatre of Mannheim (Germany), and a German translation was presented at Theater Bielefeld and published by Theater Der Zeit. Purity was published by Theaterheute (Germany). Mary and The Bereaved have been published by PAJ Publications. Prophet, Strom Thurmond Is Not A Racist, Cleansed, Purity, Dawn, and Southern Promises are all published by Samuel French, Inc. Bradshaw was a 2009 Guggenheim Fellow, a 2010 Prince Charitable Trust Prize awardee, a featured playwright in Time Out New York’s ten playwrights to watch, The Village Voice’s Best Provocative Playwright, and was a Playwright in Residence at The Soho Theatre in London, where he wrote and work shopped The Ashes. Bradshaw was recently given the 2012 Foundation for Contemporary Arts Award. Intimacy was chosen for the ‘Studio Retreat’ program at the Lark Development Play Center where it was presented as a workshop, directed by Scott Elliott, in June 2012. His play Job opens at The Flea Theater in September 2012 and he is currently working on the screenplay adaptation of Uncle Tom’s Cabin for UNEAC Films.