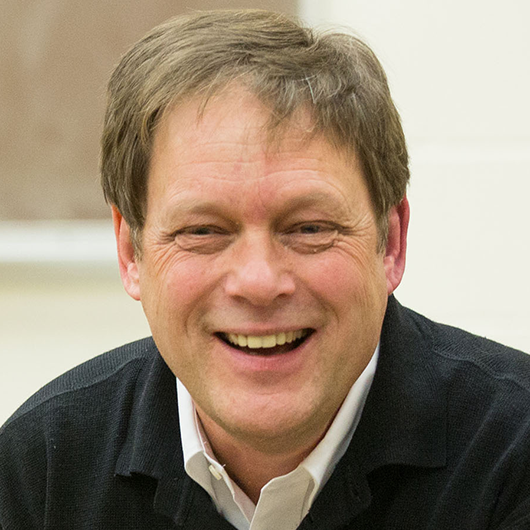 Rives Collins was honored with a Charles Deering McCormick Professorship of Teaching Excellence at Northwestern University, where he has taught in the Department of Theatre for the past thirty five years. An acclaimed professional storyteller (ORACLE AWARD, National Storytelling Network), he works with full faith that planting stories in the world is a bit like the work Johnny Appleseed once did. He recently delivered the keynote address at the National Storytelling Conference, celebrating the role of storytelling in the 21st century, and was subsequently honored to reprise the presentation at The Cradle of Creativity conference in Cape Town, South Africa, as an American delegate to the international congress of ASSITEJ. At the Kellogg Graduate School of Management, he teaches business narrative in the Advanced Management Program, asserting that storytelling is a differentiating skill in the 21st century that strengthens leaders, brands, and organizations. He is the co-author with Pamela Cooper of The Power of Story: Teaching Through Storytelling, proclaiming that, “Storytelling is at the heart of everything I do.” In addition, Collins is head of the Theatre for Young Audiences program at Northwestern (JOHNNY SALDAÑA OUTSTANDING PROFESSOR OF THEATRE EDUCATION, American Alliance for Theatre and Education), and is an active professional stage director, specializing in the development of new work. He recently directed two world-premiere productions at the John F. Kennedy Center for the Performing Arts, both written by Northwestern colleague Laura Schellhardt. As an active member and past president of the American Alliance for Theatre and Education, and as a current board member of the Children’s Theatre Foundation of America, he works with an international community of artists, educators, and scholars to champion the cause of drama and theatre in the lives of young people.