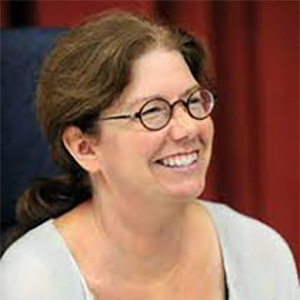 Mary Zimmerman is a writer and director of theatre specializing in the adaptation of classic stories of world literature for the stage. Her work is known for its striking visual nature, vivid storytelling, and sensitivity to the original text. She has earned national and international recognition in the form of numerous awards, Shakespeareincluding the Tony, Obie and Drama Desk Awards for her own Metamorphoses, which she developed at Northwestern, as well as the 1998 MacArthur Fellowship (the "Genius" grant). Other acclaimed works she adapted and directed include Journey to the West (named Best Production of the Year by Time Magazine), The Odyssey, The Arabian Nights, The Notebooks of Leonardo da Vinci, Eleven Rooms of Proust, The White Snake, The Mirror of the Invisible World, Candide, The Jungle Book, Treasure Island and The Steadfast Tin Soldier.

These have been produced variously at Chicago's Lookingglass Theatre (where she is an ensemble member) and the Goodman Theatre (where she is an artistic associate), as well as in New York on Broadway, at the Brooklyn Academy of Music, Second Stage, and the Manhattan Theatre Club, and on national stages such as Berkeley Rep, the Oregon Shakespeare Festival, DC Shakespeare and The Guthrie, plus the MacArthur and Huntington Theatres. Her published plays are seen annually in hundreds of amateur productions nationally and around the world, including in China, Brazil, Spain, Canada, Peru, Taiwan, Great Britain, and India. She has also directed at the Public Theatre's New York Shakespeare Festival (Shakespeare in the Park) and has directed four operas for New York's Metropolitan Opera, all of which were simulcast into movie theaters worldwide and at La Scala in Milan. With Philip Glass she created and directed the opera Galileo Galilei, and at the LA Opera recently directed the world premiere of Eurydice, based on Sarah Ruhl's play and composed by Matt AuCoin. It will travel to New York's Metropolitan Opera in fall of 2021.

Mary develops her original shows in an unusual way: starting rehearsals with no script, she writes each day's material the night before, tailoring the script to the particular company of actors and responsive to the immediate conditions of the world. The process demands a high level of collaboration between performers, designers, director, and producers and takes place under intense pressure, as it is accomplished entirely within the conventional four-to-five-week rehearsal period.

Mary concentrates her teaching on text and performance, the adaptation, the close study of literature through performance, and developing images for the stage in courses such as Performance Art, Performance of Poetry, and Staging the Unusual, as well as her cross-departmental work with the Theatre MFAs in Design and Directing. She involves student assistants in all her professional work in Chicago, New York, and abroad, and prides herself on bringing two-dozen students every four years to the Prague Quadrennial, a theatre design exhibition and competition. Mary has been a guest lecturer and offered workshops at Harvard, Princeton, University of Chicago, UC Berkeley, Georgetown, University of Maryland, University of Chicago, St. Louis University, and many others. Academic awards include the ATHE Award for Lifetime Achievement in Professional Theatre (Montreal 2015), the Galbut Award for Outstanding Faculty, The Walder Award for Most Outstanding Achievement in Research, and the Jaharis Family Endowed Chair in Performance Studies.

There is not a day of her professional life in the theatre that isn't informed by her experience as a student and teacher of Performance Studies at Northwestern.