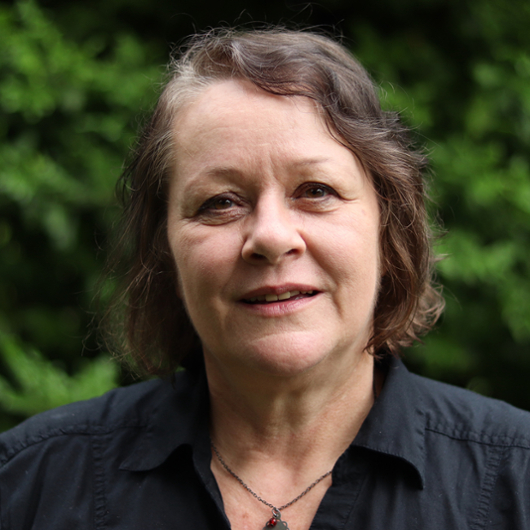 Ines Sommer is a filmmaker, cinematographer, arts administrator, film programmer, and educator whose genre-crossing projects have explored topics ranging from the environment to the arts, feminism, history, and politics. Her creative practice has included character-driven documentaries and essay films, alongside experimental shorts, installations, and a hybrid fiction/doc feature.

Ines' recent award-winning documentary "Seasons of Change on Henry's Farm" follows Midwest organic farmer Henry Brockman as he grapples with the impact of a changing climate on his family farm. Her exploration of environmental issues continues with "The Hills," her work-in-progress about the toxic legacy of the steel industry on Chicago's Southeast Side. Previous long form documentaries include the MacArthur Foundation-funded "Count Me In," which aired on PBS stations across the nation in 2016; and the human rights documentary "Beneath the Blindfold."

Ines has frequently collaborated with other filmmakers as a cinematographer and her camerawork was featured in numerous award-winning documentaries by Chicago’s Kartemquin Films, Kindling Group, and many others.

Besides making films, Ines has a longstanding interest in engaging audiences with independent cinema and has been deeply involved in Chicago's non-profit media arts community, advocating for and supporting Midwest filmmakers. She has held staff positions as a film programmer and arts administrator, served on the Board of Directors of Chicago Filmmakers and IFP Chicago, and is co-founder and executive director of Percolator Films, a 501c3 non-profit media arts organization that presents film events, series, and festivals. In 2019, Ines founded Doc Chicago, an annual mini-conference that brings regional documentary filmmakers together to learn, connect, and exchange ideas.

Chicago's alt-weekly New City has included Ines three times on its annual Film 50 list that highlights "50 individuals who shape Chicago's film scene." Ines holds an MFA from the School of the Art Institute of Chicago.