(she/her)
Professor of English, Theatre, and Performance Studies; Bergen Evans Professor in the Humanities
s-manning@northwestern.edu
My current research continues my career-long focus on critical approaches to modern dance history while also undertaking new research on Chicago dance histories. Two books are in preparation and under contract: a book of my own essays titled Critical Histories of Modern Dance: a Retrospective (University of Michigan Press) and a co-edited two-volume anthology titled Dancing on the Third Coast: Chicago Dance Histories (University of Illinois Press). 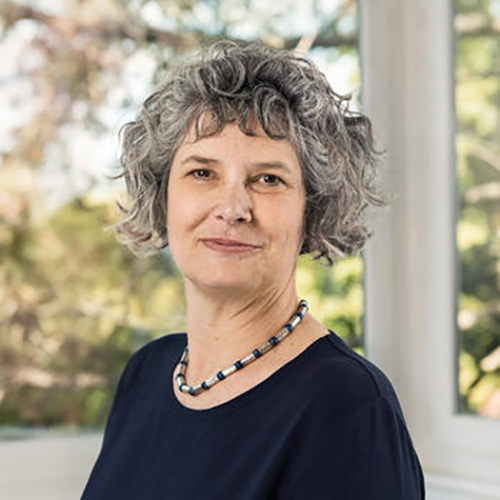 Susan Manning (she/her/hers), Bergen Evans Professor in the Humanities, is jointly appointed in English, Theatre, and Performance Studies. Specializing in dance and movement-based performance, she teaches the history of theatrical modernism and avant-garde performance. She has worked as a curator and dramaturge as well as a scholar, and her writings have been translated into German, French, Italian, Spanish, and Polish.

She is the author or editor of six books: Ecstasy and the Demon (1993; 2nd ed. 2006) traces the shift from modernist bodies to fascist bodies in the works of Mary Wigman, Germany's leading dancer between the two world wars. Modern Dance, Negro Dance: Race in Motion (2004) explores changing relations between modern dancers and African-American concert dancers in New York City from the Red Decade of the 1930s to the Red Scare of the 1950s. Danses noires/blanche Amérique (2008), the catalogue for an exhibit she curated at the Centre national de la danse in Paris, narrates the history of African-American theatre dance in the U.S. from the era of Plessy v Ferguson to the election of Barack Obama. Her coedited anthologies include New German Dance Studies (2012), a survey of research by scholars inside and outside Germany since the fall of the Berlin Wall; Futures of Dance Studies (2020), the capstone for a seven-year Mellon grant featuring emerging scholars; and the Routledge Encyclopedia of Modernist Dance (forthcoming), a radical expansion of the canon and conceptualization of dance modernism. The development of dance studies as an interdiscipline within the humanities remains an abiding interest.

As a dramaturge, she has written extensively about her collaboration with Milwaukee-born and Brooklyn-based choreographer Reggie Wilson on his 2013 work, Moses(es). In 2017 she took an onstage role as professor in South African choreographer Nelisiwe Xaba's solo Fremde Tänze, an experience that prompted her to edit a cluster of essays on the artist. She also served as dramaturge for The Other Witch by the Berlin-born and Chicago-based choreographer Nejla Yatkin.

Her current projects are a book of her own essays titled Critical Histories of Modern Dance and a coedited anthology Dancing on the Third Coast: Chicago Dance Histories. In summer 2022 she co-taught a NEH Institute at the Newberry Library, titled "Making Modernism: Literature, Dance, and Visual Culture in Chicago, 1893-1955."

As a long-time member of the Executive Committee for the Interdisciplinary Ph.D. Program in Theatre and Drama at Northwestern, she will take on the role of Director of Graduate Studies of the program in 2023. She also has taken on a variety of positions for her home department of English, including serving as Chair.