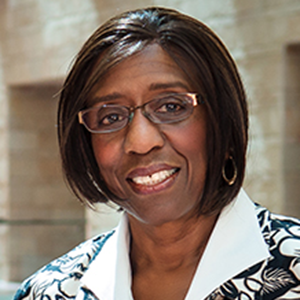 Sandra L. Richards is Professor Emerita at Northwestern University, having taught for more than twenty-five years in the African American Studies and Theatre departments on the home campus in Evanston, Illinois. With research specialties in African American, African, African Diaspora, and American theatre and drama, she has authored Ancient Songs Set Ablaze: The Theatre of Femi Osofisan and numerous articles on a range of black dramatists. Richards is co-editor (with Sandra Shannon) of the MLA Handbook of Approaches to Teaching the Plays of August Wilson. She was also part of the editorial term of Kathy A. Perkins, Renee Alexander Craft, and Thomas F. DeFrantz that produced The Routledge Companion to African American Theatre and Performance (2018).

From 2001-2004, she held the Leon Forrest Professorship of African American Studies that supported research and publication on issues of cultural tourism to slave sites throughout the Black Atlantic. Moving to Qatar in 2012 to serve as the founding director of the Liberal Arts Program at Northwestern University in Qatar (NU-Q), Richards expanded this research to include parts of the Indian Ocean World (specifically, Qatar,Tanzania and Zanzibar). In 2007 ATHE recognized her as an Outstanding Teacher of Theatre in Higher Education, while ASTR honored her with its Outstanding Scholar award in 2017. She holds a Ph.D. in Drama from Stanford University and a B.A. in English and French Literatures from Brown University.

A representative sample of Richards’ other publications include: