Assistant Professor; Associate Director, Master of Arts in Sound Arts and Industries
neil.verma@northwestern.edu
Annie May Swift Hall
1920 Campus Drive
Room 316
Evanston, IL 60208
My current research focuses on the history and form of narrative podcasting, and my artistic work explores forms of drama and storytelling that are rooted in extended field recording technique. 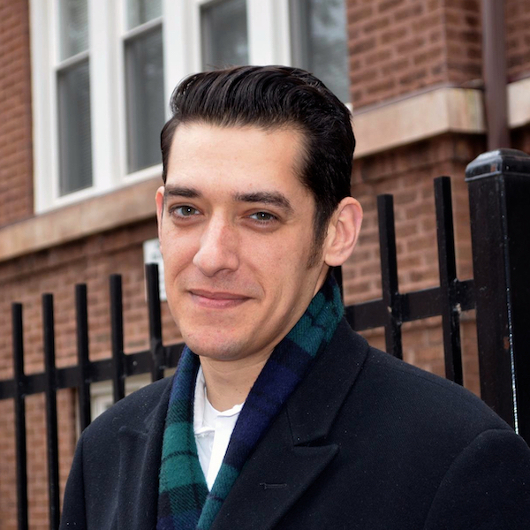 Neil Verma is assistant professor of sound studies in Radio/TV/Film. Verma’s work focuses on the intersection of sound and narrative, and he is an expert in the history of radio drama and in audio fiction and sound studies more broadly. He is author of Theater of the Mind: Imagination, Aesthetics, and American Radio Drama (Chicago, 2012), co-editor of Anatomy of Sound: Norman Corwin and Media Authorship (California, 2016), and co-editor of Indian Sound Cultures, Indian Sound Citizenship (Michigan, 2020). Verma also maintains a practice in experimental sound recording. His sound compositions have been selected for several sound and radio art exhibitions and festivals around the world. His most recent experimental piece American Bottom: an Illuminated Audiobook is under contract with Amherst College Press. His next scholarly monograph, tentatively titled Radio in Doubt: Narrative Podcasting in the Age of Obsession, is forthcoming. Verma founded the Great Lakes Association for Sound Studies, serves on the Radio Preservation Task Force at the Library of Congress, and is Editor of the RadioDoc Review.