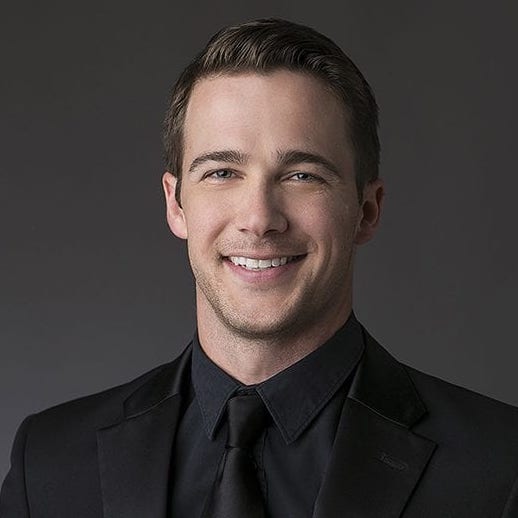 Michael Brown is a lecturer in musical theatre who teaches an approach to musical theatre singing with a basis in classical vocal technique. He maintains an active singing schedule, performing both classical repertoire and musical theatre. As a classical soloist, he has performed the Fauré Requiem, Haydn’s The Creation, Handel’s Messiah, and Kurt Weill’s The Seven Deadly Sins with the Corpus Christi Symphony Orchestra. Michael has also performed with the Lyric Opera of Kansas City, Chicago Opera Theater, and the Lyric Opera of Chicago. Musical theatre performances include Camelot at Drury Lane Theater, Into the Woods at the Mercury Theater, and Brigadoon with Music by the Lake. He is active in the Chicago choral scene and has been a member of the Chicago Symphony Chorus for a decade. Michael has taught at Northwestern University’s National High School Institute cherub program and works with students of all ages around the Chicago area.