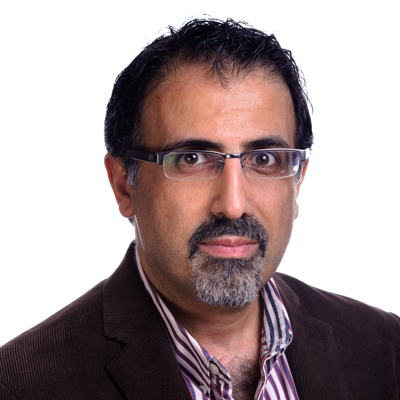 An expert on Arab television production and programming, Joe Khalil has more than fifteen years of professional experience as director, executive producer, and consultant with major Arab satellite channels (Orbit, MBC, MTV, CNBC Arabiya) and has conducted workshops on behalf of USAID, IREX, USIP, and the University of Pennsylvania. He has extensive academic and professional experience in television entertainment and news development and production. He has engaged in professional work and research in more than ten countries, including the U.S., Italy, Saudi Arabia, Lebanon, and the United Arab Emirates. Khalil's scholarly interests revolve specifically around Arab youth, alternative media, and global media industries.

As a consultant, Khalil has conducted or supervised corporate research related to production and programming. He has authored a policy monograph on Arab satellite entertainment television and public diplomacy and is also a co-author of Arab Television Industries (Palgrave Macmillan, 2009, with Marwan Kraidy). He is currently working on a book project, based on his dissertation, Youth-Generated Media in Lebanon and Saudi Arabia, which examines young people's alternative media use across the Arab world.

Proficient in English, French, and Arabic, Khalil is a regular expert guest on media programs on al-Jazeera International and the BBC; he has also given interviews to The New York Times, The >Financial Times, The Guardian, and >The Daily Star, among others.