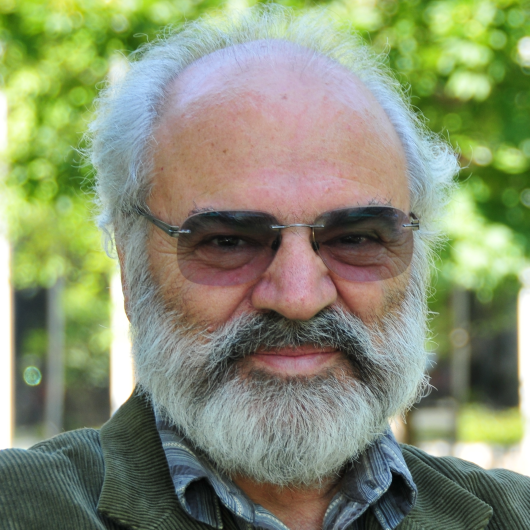 Hamid Naficy is a leading authority in cultural studies of diaspora, exile, and postcolonial cinemas and media, and of Iranian and Middle Eastern cinemas and media. His areas of research and teaching include these topics as well as documentary and ethnographic cinemas. He has published nearly a dozen books (some award-winning) and scores of book chapters and journal articles. In addition, he has lectured widely, nationally and internationally, and his works have been cited and reprinted extensively and translated into many languages. Naficy has also produced many educational films and experimental videos and participated in major international film festivals, curated film series, and initiated the annual Iranian film festivals in Los Angeles in 1990 and in Houston in 1992.

Naficy is the namesake for the The Hamid Naficy Book Award, which is granted biennially by the Association for Iranian Studies on behalf of the Center for Iranian Diaspora Studies at San Francisco State University. Established in 2021, this award acknowledges and supports scholarship in the emerging field of Iranian Diaspora Studies and honors the pioneering work of Dr. Hamid Naficy whose critical work on Iranian media and exiles and diaspora subjects in Los Angeles has laid the foundation for new research on the global Iranian diaspora. Dr. Naficy’s scholarship in media and film, both in Iran and in the diaspora, have been hugely important to a generation of scholars. AIS is now calling for nominations for books published between 2019-2021. The first Hamid Naficy Book Award will be presented at the thirteenth AIS Biennial Conference, August 2022 in Salamanca, Spain.