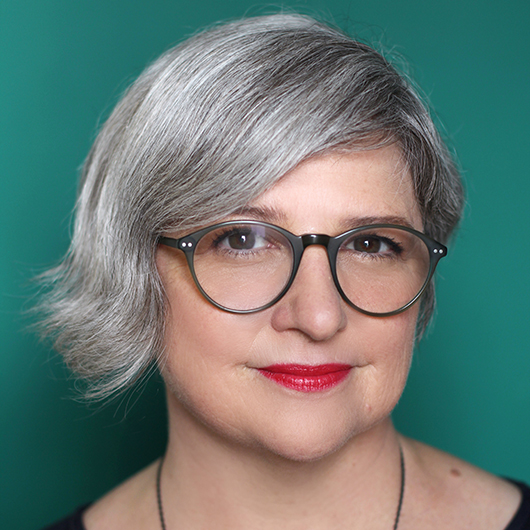 Erin Courtney is an assistant professor in the Department of Radio/Television/Film and an award-winning playwright. Her play A Map of Virtue, produced by 13P and directed by Ken Rus Schmoll, was awarded an Obie and described as “one of the most terrifying plays of the past decade” by Alexis Soloski in The New York Times. A Map of Virtue was nominated for a GLAAD Award and has had numerous productions across the country. Courtney’s play I Will Be Gone, directed by Kip Fagan, premiered at Actors Theater of Louisville’s Humana Festival in 2015.

She is writing a new play, Ann, Fran, Mary Ann, which is a Playwrights Horizons commission. She has written two operas with Elizabeth Swados: The Nomad and Kaspar Hauser. Both operas were commissioned and produced by The Flea Theater. The musical Courtney is writing and composing with lyricist Max Vernon, The Tattooed Lady, is being developed with support from The Rhinebeck Writer’s Retreat, the Kimmel Center, The Goodspeed Opera House, and Joe’s Pub at the Public. Her other plays, produced by Clubbed Thumb, include Alice the Magnet, directed by Pam MacKinnon, and Demon Baby, directed by Ken Rus Schmoll.

She is an affiliated artist with Clubbed Thumb, a member of the Obie Award-winning playwright collective 13P, as well as the co-founder of the Brooklyn Writer’s Space. She earned her MFA in playwriting at Brooklyn College with Mac Wellman, and her BA from Brown University, where she studied with Paula Vogel. She has been a member of New Dramatists since 2012, a MacDowell Colony fellow, a Core Writer at the Playwrights’ Center, a member of the Working Farm at Space on Ryder Farm, and she was awarded a Guggenheim Fellowship in 2013. She previously served as an assistant professor at Brooklyn College and the program coordinator of its MFA playwriting program.