Associate Professor
ericp@northwestern.edu
My current work explores the possibility of an animated ethnography. "Elevated Loop" uses a rotoscope technique of animation to capture the residue of live action motion on Chicago's El train. "Meridians" is a 360º film that uses live action postcards in a 360 space with drawn animation characters occupying otherwise empty space. Both films explore ideas and structures of ethnography in the unlikely medium of animation. 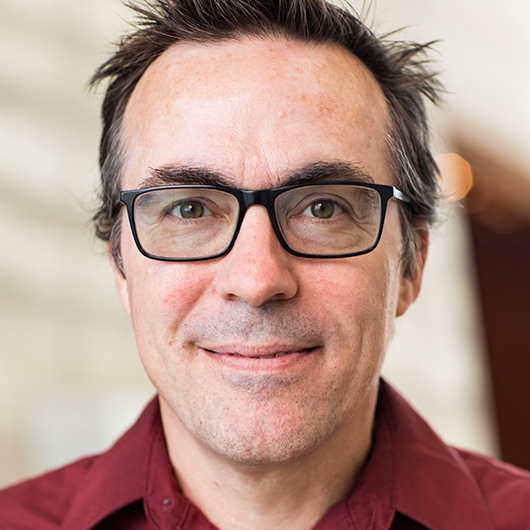 Eric Patrick has been creating short animated films, infographics and children's media for over 30 years, both independently and commercially. He has received a Guggenheim Fellowship and over 100 grants, fellowships, and awards at international film festivals and arts organizations. His design work in industry has won Clio Awards, a Peabody Award, several Emmy nominations, and a grant from the National Institute of Health. He has screened extensively both domestically and internationally at festivals, museums and on television, including screenings at the Rotterdam Film Festival, The Museum of Modern Art, and the Centre Georges Pompidou in Paris. He was an animator for the seminal Nickelodeon program “Blues Clues,” and writes about information design, educational media, and animated documentary.