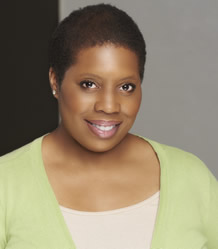 Professor Detra Payne (MFA, The New School for Drama) is a lecturer in the Department of Theatre. She was an assistant professor of instruction at the University of Texas, Arlington in the Theatre Department before joining Northwestern. She taught cross-disciplinary courses in Women’s and Gender Studies at UTA, including Gender and the Performing Arts and Women in Theatre. Professor Payne has acted professionally in New York, Los Angeles, Seattle, Memphis, and in the Dallas-Ft. Worth area. Ms. Payne earned her MFA from the Actor’s Studio Drama School, a division of The New School, where she studied extensively and mastered The Method technique of acting formulated by Lee Strasberg. Her B.A. is from the University of Washington, and while there she was a member of the first class to be taught the Suzuki Method, created by world renowned theatre artist Tadashi Suzuki. Ms. Payne is trained in the Meisner Technique, created by Sanford Meisner, through the Joann Baron/DW Brown Studio in Los Angeles. Ms. Payne is a founding member of the Los Angeles based theatre company Sacred Fools. Ms. Payne has produced and directed a number of theatrical productions and has worked on films and in television not only as an actor but as a production and talent coordinator. Her written work has been published in Theatre Journal and Studies in Theatre and Performance. While at the University of Texas, Arlington, Payne was the MavLab Play Coordinator overseeing the production of plays directed by students and faculty alike. For the last few years she had also been the developer, organizer, and advisor for the Heal the Divide On and Off Campus Initiative, leading students in the creation, development, and performance of original plays about issues concerning them and their community. Ms. Payne worked as the personal assistant to actresses Lela Rochon and Sheryl Lee Ralph, and as the Executive Assistant for the Tavis Smiley Foundation. Her acting credits include (television): 24, Moesha, and The Parkers; (film): Tempestad, Forced Move, Kudzo Killers, Imbroglio, Long Black Limousine, S for Sally; (theatre): She-Wolf, Slideby, Babette’s Feast, Fabulation or The Re-education of Undine, Miss Edna Lewis, The Mountaintop, The Bluest Eye, Joe Turner’s Come and Gone, Steel Magnolias, Who Will Bell the Cat, Prophet, It’s Gulliani Time, and Baby Talk. Detra Payne is a member of the Screen Actors Guild American Federation for Television and Radio Artists (SAG-AFTRA), one of the primary unions for performing artists; the Association for Theatre in Higher Education; Board Member-at-Large for Black Theatre Association; member of the National Alliance of Acting Teacher; and was a Board Member of the University of Texas at Arlington’s Women’s and Gender Studies Program. Professor Payne is developing her voiceover skills and enjoys live music, painting, and photography.