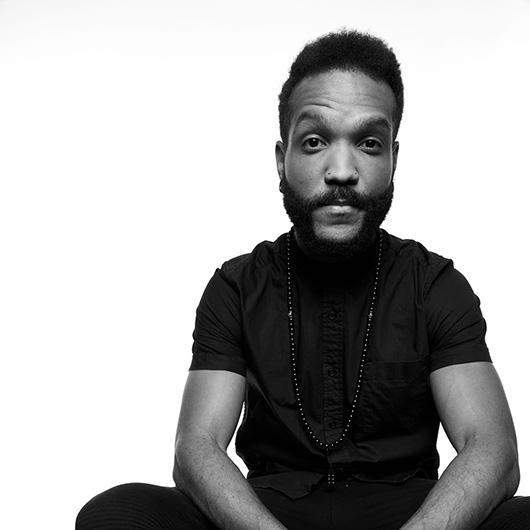 Derrick Fields is a digital artist and game designer based in Chicago, Illinois working to increase the visibility of BIPOC individuals involved in games and provide resources to young creators who are considering a path in digital mediums. He is the founder and director of Waking Oni Games and a board member of both the Japanese Arts Foundation and Video Game Art Gallery.

Derrick is the recipient of the Future Class Award and has spoken in academia, conferences, and panels vocalizing a future for games where more studios are creating content that better reflects the vastly diverse audience of its players. In addition, he looks forward to more BIPOC-led and LGBTQIA+-led spaces that allow young, burgeoning creators to peek behind the curtain and be shown their favorite game titles at the hands of individuals that look like them. He believes that video games are a valuable source for education, inspiration, and change, and aims to contribute to that future. His studio’s current game Onsen Master, a hot spring strategy game about healing, explores spiritual connections and is set to release in late 2021. Formerly, he was the Lead Artist to the award-winning Roblox game Adopt Me and has contributed works to the BAFTA-nominated game Manifold Garden. He has joined the Radio, Television, and Film Department at Northwestern as an assistant professor to provide courses covering topics in game design and 3D animation.