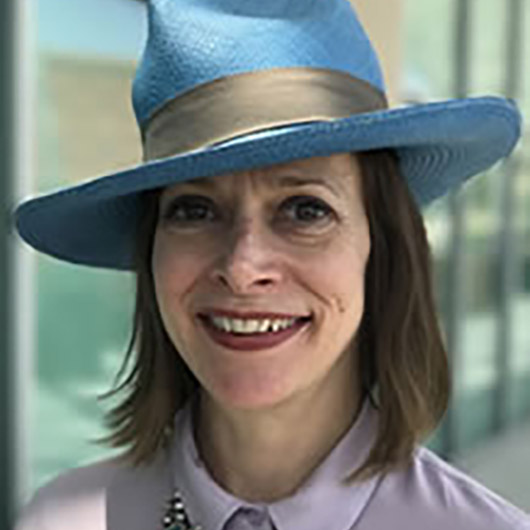 Danielle Beverly is an independent filmmaker who works as a one-person crew to craft observational documentaries. In her latest feature documentary, Dusty Groove: The Sound of Transition (2019), a Chicago used-vinyl buyer walks us into the homes – and stories – of strangers, digging through their jazz, soul, and hip hop records, buying their once-prized possessions. Each seller shares a common reason: they face a major life transition. The documentary is a collection of intimate narratives, akin to a record album of songs, about love, loss, and our deep connection to music. It premiered at SF DocFest, toured The Southern Circuit, and is screening at film festivals and universities in the United States and Europe throughout 2020.

Danielle Beverly is currently in production on Qatar Stars, an observational documentary she is filming in the Middle East about a girls’ rhythmic gymnastics team.

Beverly’s 2015 feature documentary Old South had its national broadcast on The World Channel/PBS. It was the season four opener of the “America ReFramed” documentary series, airing during African American History Month. It enjoyed a year-long film festival and college tour and screened in community gardens across NY State and the American South on a DIY “Healing Spaces Tour”, funded by Wave Farm & NYSCA. It won the Award of Merit for Documentary from The University Film and Video Association. It will broadcast on Al Jazeera English in February 2020.

Beverly began her career at Chicago’s PBS affiliate and has directed and produced content for PBS and cable since 1999. Beverly was field producer for the longitudinal documentary REBIRTH over its ten-year production (Sundance World Premiere 2011; Showtime broadcast; George Foster Peabody Award; screened at The White House, US Department of State film tour; permanent exhibition at National September 11 Memorial & Museum).

Beverly’s first documentary feature Learning to Swallow followed a charismatic artist with bipolar disorder as she struggles to rebuild her life after a suicide attempt destroys her digestive system. The film premiered in competition at Silverdocs (2005), screened internationally, and traveled to rural communities on The Southern Circuit. In March 2015 it was broadcast on America ReFramed, with an encore national broadcast in July 2017.

Beverly’s filmmaking, photography, and digital media work have received funding from The Paul Robeson Fund for Independent Media, New York State Council for the Arts (NYSCA), The Puffin Foundation, The Chicago Cultural and Tourism Fund, The Center for Peacemaking, and The Diederich College Initiative on Communication Ethics, Values and Social Justice. Beverly has received a Flaherty Fellowship, a Mary L. Nohl Artists Fellowship for Established Artists, and a BAVC National MediaMaker Fellowship.