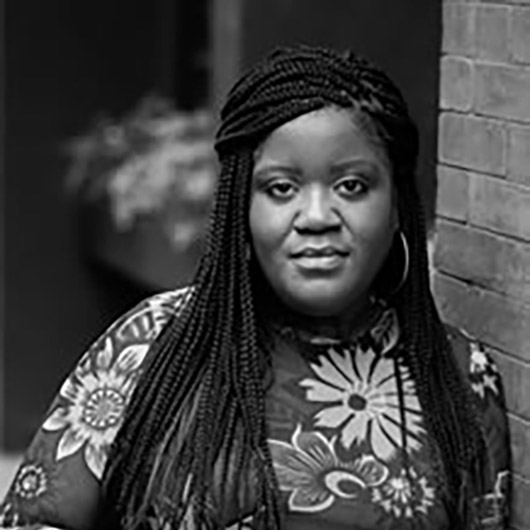 Danielle Bainbridge is an Assistant Professor of Theatre at Northwestern University, where she also holds courtesy appointments in Performance Studies and African American Studies. She was the Mellon Postdoctoral Fellow in African American Studies in the 2018-2019 academic year (also at Northwestern University). Her ongoing book project Refinements of Cruelty: Enslavement, Enfreakment, and the Performance Archive examines the lives of African American sideshow and freak show performers who were also enslaved. Her project received the support of a Ford Foundation pre-doctoral fellowship (2014-2017). In addition to her academic research, Danielle is a creative writer, playwright and web series host. From 2017-2020 she was the researcher, writer, and host of the PBS Digital Studios web series "The Origin of Everything" which focused on highlighting unusual and under told history and streams on YouTube and Facebook Watch.

Her creative nonfiction and fiction appear in Moko Magazine, Killens Review of Arts & Letters, and The Mechanics’ Institute Review Online. She was the inaugural winner of the 2015 Barry Lopez prize for creative nonfiction from Cutthroat: A Journal of the Arts (judged by Nick Flynn) and a semi-finalist for the Kore Press 2016 memoir award. She received a 2016 scholarship from the Tin House creative writing workshop in Portland, Oregon. In 2022 she received the Anne LaBastille Writers Residency presented by the Adirondack Center for Writing to support her creative work. Her first play "Curio" premiered at the University of Pennsylvania in April 2018 and appeared at the Edinburgh Festival Fringe in August 2018. In 2020 she served as a host and recurring talent on two 2021 Daytime Emmy Nominated web series: PBS Self-Evident and YouTube Originals “Booktube.” Her essay “The Future Perfect, Autopsy, and Enfreakment on the 19th Century Stage” published in TDR, received an Honorable Mention for the 2021 Gerald Kahan Scholar’s Prize from the American Society for Theatre Research. From 2021-2022 she served as a host and consulting producer on PBS’ “Historian’s Take.” In the 2022-2023 academic year she will be a faculty fellow at Northwestern’s Kaplan Institute for the Humanities.  In 2023 she will complete her first short documentary based on her 2018 piece “Curio” with $50,000 in grant support from Northwestern’s Provost Office.