(he/him)
Assistant Professor of Instruction; Director of Debate & Forensics
d-fitzmier@northwestern.edu
My main focus is directing the Northwestern University Debate Society in competition with our collogues in NDT-style college debate across the country. 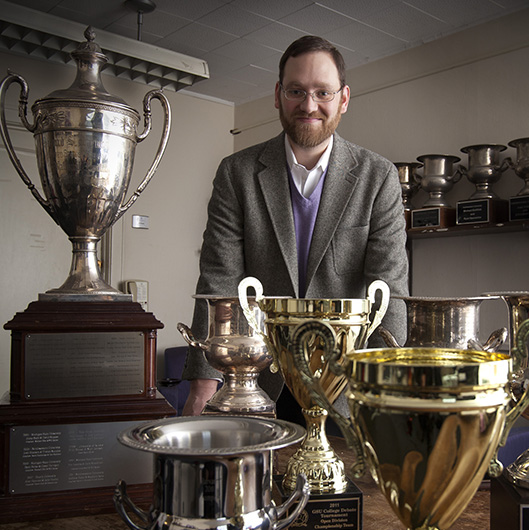 Daniel J. Fitzmier is an Associate Professor of Instruction in the School of Communication and the Director of the Northwestern Debate Society. Over the course of his career, he has coached ten different teams in the Finals of the National Debate Tournament, including the National Debate Champions in 2015, 2011, 2005, 2003, 2002, and 2000. He has coached three NDT Top Speakers, seven Copeland Award-winning teams (the award given to the team with the top overall performance each debate season), has received the James J. Unger Award winner for an unprecedented four times, and was voted the National Debate Coach of the Year in 2013.