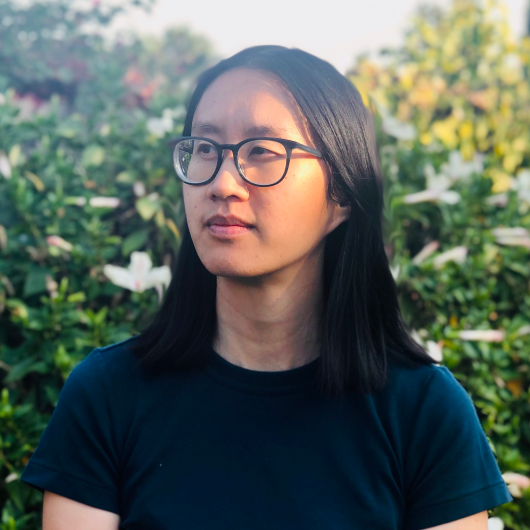 Christina C Nguyen (she/her/hers) is a filmmaker and expanded cinema artist exploring the periphery of human perception and experience. Her interest in systems results in the use of specific forms and structures to interface between the digital and analog methods of data and vision. Her films are distributed by Canyon Cinema.

She is from San Francisco, California and earned her MFA in Film/Video at the California Institute of the Arts.