The Northwestern University School of Communication is committed to elevating the art and science of communication. Bridging theory and practice, our curriculum and research opportunities propel students to excellence in: 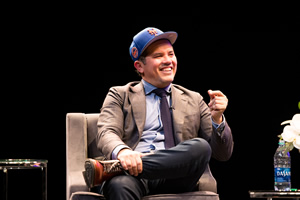 When John Leguizamo was a young teen, he commandeered a New York City subway conductor’s intercom and workshopped his first public comedy routine. With impressions of cartoon characters and early glimpses of his signature wit, commuters got an impromptu taste of what the rest of the world was in for. The mediums have changed, but Leguizamo’s style has not: clever, quick, real, and raw. The actor-writer-director-comedian graced the Northwestern School of Communication community with all this and more during the first Dialogue with the Dean of the academic year on November 16 in the Josephine Louis Theater at the Virginia Wadsworth Wirtz Center for the Performing Arts. 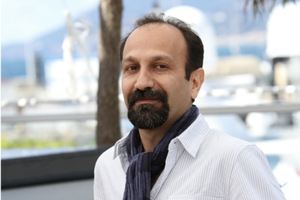 Two-time Academy Award-winning Iranian filmmaker Asghar Farhadi dazzled the Northwestern filmmaking community with stories of his creative process during a special virtual masterclass offered to students on November 18. “I made my first film when I was 13 years old,” Farhadi said through an interpreter on Zoom. “I didn’t know what filmmaking was. I read a book that I couldn’t understand, but I did get one part of it, and based on that, I found out how they make movies. I found that when you want to make a movie, take it in parts, and stitch them together. From that moment on, I made one short movie each year.” Farhadi twice won Oscars in the category of Best Foreign Language Film—for A Separation (2011) and The Salesman (2016)—which makes him one of the few directors worldwide who have won in this category more than once. He also won Best Screenplay at the Cannes Film Festival for The Salesman and the Cannes Film Festival’s Grand Prix for A Hero. 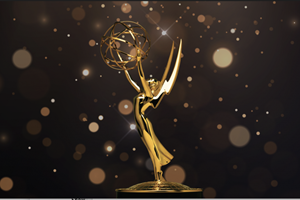 The Television Academy announced on Tuesday the nominees for the 73rd Primetime Emmy Awards, and School of Communication alumni are among many of the high-profile talent on the ticket. In addition to the successful alumni working in the entertainment industry, the SoC this year boasts a faculty member nominated for his work on a televised documentary.