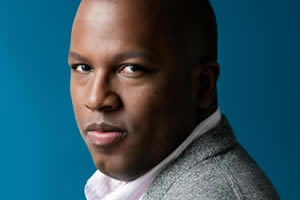 Michael R. Jackson, creator of A Strange Loop and the second School of Communication 2020-21 Hope Abelson Artist-in-Residence, spoke about his approach to and inspiration for the semi-autobiographical musical with Dean E. Patrick Johnson, associate professor Miriam Petty, and director Lili-Anne Brown (C95) on February 25 over Zoom. 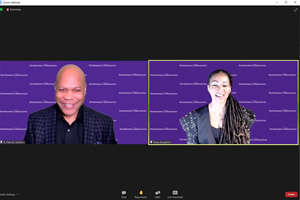 Dean E. Patrick Johnson was joined on February 18 by Ruha Benjamin, professor of African American Studies at Princeton University, for the second installment of his “Dialogue with the Dean” speaker series. The ongoing series spotlights communication professionals advancing the futures of their fields, challenging paradigms, and promoting social justice. Benjamin’s work examines the social dimensions of science, technology, and medicine—in particular, who pays the cost of tech’s big promise. 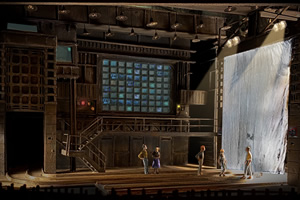 Northwestern MFA Stage Design students were among the winners of a special virtual studio version of the Prague Quadrennial, a showcase of the best theatre design from around the world. Third-year students Meeka Postman (costume design) and Joe Johnson (set design) competed in the showcase’s PQ Studio contest alongside entries from around the world, all focused on the staging of 1937 play The White Plague by Czech playwright Karel Čapek. The eerily prescient play tells the story of a pandemic that sends a panic through an unnamed country as it kills citizens older than 45. The government in the play is run by a dictator who uses the pandemic as an opportunity to go to war, rather than to find a cure. 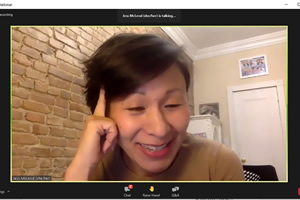 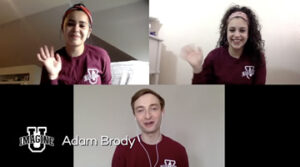 Imagine U, which for the last decade has staged interactive children’s productions at the Virginia Wadsworth Wirtz Center for the Performing Arts, will partner with The National Theatre in Washington, D.C., to provide a series of original children’s online programming. The new series, a virtual edition of Saturday Morning Live! At the National Theatre, the beloved mainstay of The National Theatre’s family programming, will kick off in January and feature three episodes created by Imagine U, including original songs, stories, and movement by Northwestern alumni and an MFA in directing student. 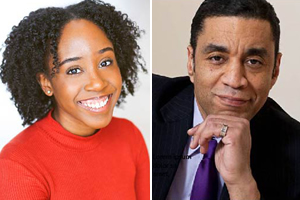 A recent intergenerational School of Communication collaboration paired fresh talent with a respected industry leader to explore a topical area of social justice.
Felicia Oduh (C20) premiered her play Mercy in a virtual reading on December 13 with Northlight Theatre—an exciting development on its own for a young creator but made more so by the involvement of actor, producer, director, and fellow alumni Harry Lennix (C86), who directed the work.
“I think Felicia Oduh has written a play that’s extremely important, extremely present, and extremely prescient,” said Lennix in a post-reading Q&A. “She has her finger on the pulse of what’s important artistically, dramatically, politically, and socially. I’m very excited about this new voice in American theatre.” 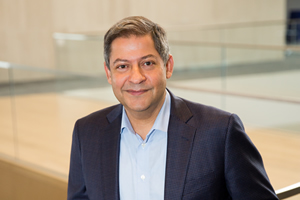 In partnership with the Northwestern University’s Science of Networks in Communities (SONIC) Research Group, the Web Science Trust (WST) is launching a new podcast titled ”Untangling the Web.” This new series is hosted by web science expert and President-Elect-Select of the International Communications Association (ICA), Noshir Contractor. Noshir is the Jane S. & William J. White Professor of Behavioral Sciences in the McCormick School of Engineering, School of Communication and Kellogg School of Management. The podcast features interviews with thought leaders in the technology and research space to help all of us (including non-experts) navigate some of the most burning issues in web science: the study of how the web is shaping and influencing our society just as we are shaping and influencing the web, and how the web is influencing the way we live in the midst of a pandemic—or better or for worse. 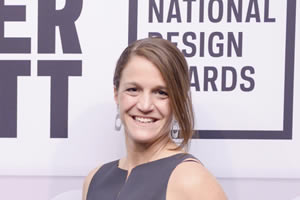 All actions have consequences, even unintended ones. That’s especially true for designers who create new computer technologies for the world to use. Their work – intentionally or not – could produce more harm than help. Don Norman, professor emeritus of computer science at Northwestern Engineering and co-founder of the Segal Design Institute’s Master of Engineering Design Innovation program, sounded the warning during the December 4 virtual roundtable, “HCI + Design Thought Leaders Lecture: Pluriversal Design.” The event was hosted by Liz Gerber, assistant professor in the Department of Communication Studies and associate professor in the McCormick School of Engineering and Applied Science. 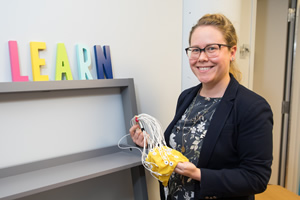 The coronavirus pandemic has had profound impacts on the research community, both in terms of who is able to participate and the efficacy of the standard methods of data collection. Yet assistant professor Elizabeth Norton has discovered one advantage in the resulting social separation: gathering certain data via video chats can be just as effective, if not more so, as doing so in-person. This is not only a boon to Norton’s work with children and language development, it’s a meaningful step toward increasing access and equity in researching underrepresented and underserved populations.