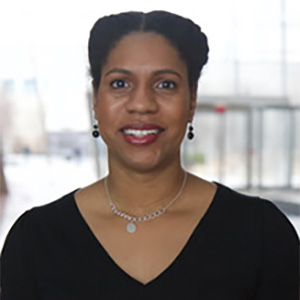 Kalisha Cornett advises students in the Radio, Television, and Film department. She is also an advisor for the Comedy Arts Module, as well as the Directing for the Screen Module. Throughout her years in higher education, whether as a thesis advisor, an instructor, or an academic advisor to students in a variety of majors, she has kept a student-centered focus that enables students to be focused and ambitious. She also established a curriculum of anti-racism resources for faculty, and in collaboration with her colleagues in the department, started an affinity group for Black RTVF majors.

Her scholarly work engages with the socio-political significance of space and landscape and its representation in American Cinema (particularly in Independent Cinema and in the New Hollywood era). She is also interested in the interstices of philosophy and film. Teaching classes in international film history and the history of Hollywood cinema, she endeavors to help students challenge their assumptions about the efficacy of cinema and its place in modern life.