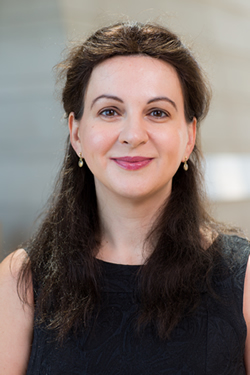 Watching the war in Ukraine, many in the US and elsewhere are hearing for the first time the name of another country, Moldova. But few in the West know much about it, where it is, and what its place is in the geopolitics of Europe.

Despite the visibility that the Baltic states receive in the media as possible targets in Putin’s war, the most likely next victim in the path of the Russian army is Moldova, a small country of about three million people to the West of Ukraine. When the Belarusian president addressed his security council, the map behind him showed planned troop movements that clearly included Moldova as the only non-Ukranian target.

As a Moldovan-American scientist, my heart breaks at the thought of Moldova becoming the next war-torn territory in Europe.

Like Ukraine, Moldova is a former Soviet Republic. Like Ukraine, it is not a member of NATO. Like Ukraine, Moldova is a young democracy, building a nation of laws, of citizens participating in government, of freedom of speech and assembly. The president of Moldova is a Harvard-educated young woman who was democratically elected by its citizens in a testament to their desire to live in a free and democratic Europe. I served with President Maia Sandu on a science and education panel at the Moldovan-American Convention several years ago and can attest to her commitment to the cornerstone principles of democracy.

Unlike Ukraine, Moldova is tiny. Shaped like a cluster of grapes, it is best known for its vineyards and wines, its gardens and orchards, and its agriculture. Most Moldovans, like my grandparents, have been farmers for generations, who want nothing more than to live in peace, tend to their land, raise their children, and live their lives with dignity and freedom. My uncle is a university professor, my cousin sells tractors and farm equipment, my other cousin is a doctor.

Unfortunately, another similarity with Ukraine is that Moldova, too, has a strip of land in the Eastern part of the country that Russia lays claim to. Just like the Eastern part of Ukraine was used as the pretext for the war there, the Transnistria region in the East of Moldova is also a “strategic territory” in Putin’s vision of Russian security and a predicted pretext for a similar “military operation” in Moldova. 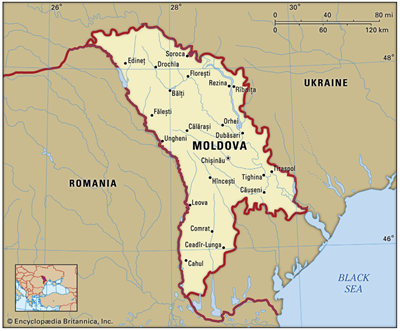 The day before the war started, I called my dad. “They keep saying in the news that Russia will invade Ukraine. I am worried, dad.” I am in my forties and my parents are in their seventies, we still reach for each other in difficult moments. “Don’t worry, honey,” my ever-optimistic dad said. “This is 2022. The world will not let it happen. We live in the 21st century. Europe, the United States, NATO, the world will not let another war happen there.” Meanwhile, my mother was crying. Her family is in the south of Moldova, near Ukraine. They were all bracing for war.

I was christened in Ukraine as an infant, in the church at Bolgrad. Because practicing religion was forbidden in the Soviet Union, my parents chose to baptize me in Ukraine to avoid being detected by Soviet authorities in Moldova and expelled from medical school. I grew up spending my summers in Ukraine, at the Black Sea, in and near Odessa, Sergeevka, Crimea. In high school, my friends and I took a bus to Ukraine for a long weekend, camping on the beach, with a guitar around the fire late into the night.

Since the war started, Moldovans have been helping Ukrainian refugees, while they themselves are packing their bags, at the ready in case the war reaches them too. The younger generation (my cousins’ kids) is planning to escape to Romania, the older generation (my aunts and uncles) are planning to stay in their villages because they are elderly, but my generation is the one in the middle and unsure of what to do — go with their kids and leave their parents and homes and lives and everything they’ve ever known behind or stay and risk living under Russian occupation for decades again. Heart wrenching. It’s been incredibly stressful.

Meanwhile, my Russian friends are calling and messaging, with mixed sentiments. My colleague, also a professor at an American university, writes “For reasons beyond me, I feel responsible for the Russian civilization and am begging your forgiveness for what it brings to the world today.” Others are sending Russian propaganda on Facebook. “How can the Ukranians do this to us?” (The irony!) “We are their friends. We are there to help them. We are brothers. Moldovans would not react this way to us, would they?” an acquaintance asks with seemingly genuine disbelief.

And herein lies the problem. Many Russians continue to see this as a righteous war. They think of Russia as a liberator, as a beloved big brother. I don’t know if this is cognitive dissonance or Stockholm syndrome.

They do not know that my grandparents lost everything when the Russians came and took their land and confiscated their property. Others were less lucky. Tens of thousands of Moldovans were sent to Siberian gulags. The intellectuals, the writers, the scientists, anyone who had an education, or possessions, or was viewed in any way as a threat, was eliminated. Eliminated is a nice way to say murdered, to avoid the gruesome details that may make a reader uncomfortable. There are mass graves.

To say that the Russian government loves us, and to ask us to love it back, is like an abuser telling the abused that they love them and asking for love while holding a gun to their head. How does that saying go? If you love something, set it free. If it comes back, it is yours, if it doesn’t, it never was.

Does it look like these people want to come back? Ukrainians, Moldovans, Estonians, Latvians, Lithuanians, Georgians, and many others, banded together by the collective trauma of Russian occupation during the Soviet years, do not want to go back to that. Yes, we are brothers and sisters, all of us, but we no longer want Big Brother to have us bent over at gunpoint.

Between 1989 and 1991, I and most of my teenage friends took to the streets to protest and demonstrate for a free and independent Moldova. Many were arrested. After I moved to the United States, year after year I watched with an aching heart the struggles Moldova went through, in its attempt to free itself from the grip of the “loving big brother,” just like the other former Soviet republics. Russian-enabled corruption, like the kind that has been threatening the American democracy in recent years, is much more successful in bringing down budding democracies that have not yet built strong systems of checks and balances.

Watching images of war on tv, I turned to my Dutch husband. “Moldovans are not fighters, like the Ukranians are,” I said. “We are farmers. The Russian army will occupy Moldova swiftly.” “Maybe that’s better,’ he quipped. “People won’t die. You’ll just have a new president.” I started to cry. “What a thing to say. How would you feel if Russia occupied the Netherlands? How would you feel if Putin was ‘your new president’?” (Only I didn’t really say “what a thing to say,” I used stronger language that is unfit to print.) He was quiet for a moment. “I would be devastated if this happened in the Netherlands,” he finally answered. This may have been the first time he truly pondered with empathy how Eastern Europeans feel. People in the West sometimes think that those who live under oppressive regimes somehow deserve it. Like it is somehow their fault for being born in a country next to Russia.

The Russian government is calling people fighting for their independence “nationalists.” Anyone who does not want to live under Russian “liberation” (Orwellian for “occupation”) is being called a nationalist. If nationalists are people who still want to have a nation, to exist, to not be annihilated from the face of the earth and absorbed into Russia, then tell me who is not a nationalist? Would you want your country to be occupied by Russia? Would you want Putin to be your new president?

Viorica Marian is a Moldovan-American professor at Northwestern University and the Director of the Bilingualism and Psycholinguistics Research Laboratory.